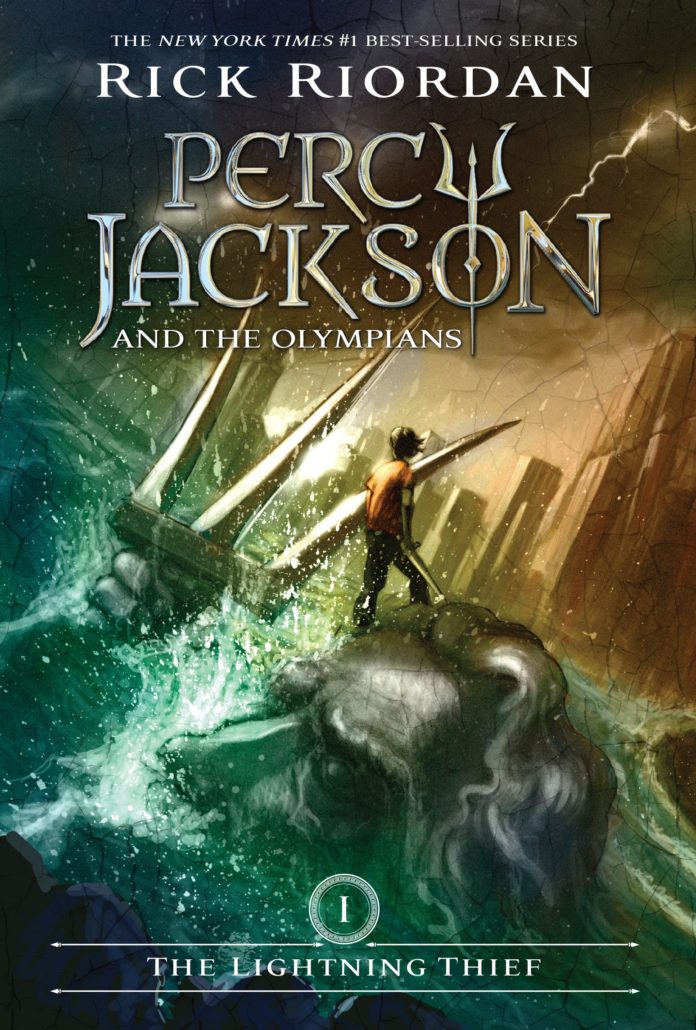 By Beatrice Cosgrove
Percy Jackson and the Lightning Thief by Rick Riordan is about Percy, a kid living in New York. He goes to Yancy Academy. His favorite class is Latin with Mr. Brunner. His most hated class is math with Mrs. Dodds, a cruel woman, whom he accidentally vaporizes at a museum with a ballpoint pen. The whole thing seemed dreamlike. Finally, when a long-awaited summer arrives, Percy gets swept up into an adventure that could determine the fate of some sort of World War III. After another mysterious battle with a monster (this time no ballpoint pen), Percy gets to Camp Half-Blood, a camp for children with one parent who is a god, and one who is mortal. The camp is concealed from view to all mortals, ensuring that no mortal knows what’s actually happening in the ‘strawberry fields’ inside. After spending some interesting time at Camp Half-Blood, Percy is sent on a quest to retrieve Zeus’s lightning bolt, his most powerful weapon, from Hades with two of his friends, Grover and Annabeth. They face odd looking garden gnomes, monsters, a weird mattress salesman, monsters, an abandoned water park, monsters and much more (Did I mention monsters?). But not all their journey is bad as genuine kindness and friendship are shown several times. Once when Annabeth, Grover and Percy find themselves in the back of a truck with three animals, a zebra, an albino-lion and some sort of antelope, (thanks to Ares), the three friends give the animals water and the right food. This quest teaches Percy the importance of cooperation and friendship, and that no matter what, true friends are always by your side, cheering you on, making you smile. Percy narrates the story in a convincing and funny way that got me laughing. I have to admit I hadn’t thought I would like Percy Jackson, but here I am giving you a recommendation to read The Lightning Thief. Readers, here I’ve learned you must try new things no matter what your brain is telling you. Hey, that’s how I discovered asparagus.
I recommend this book to ages 11 and older.