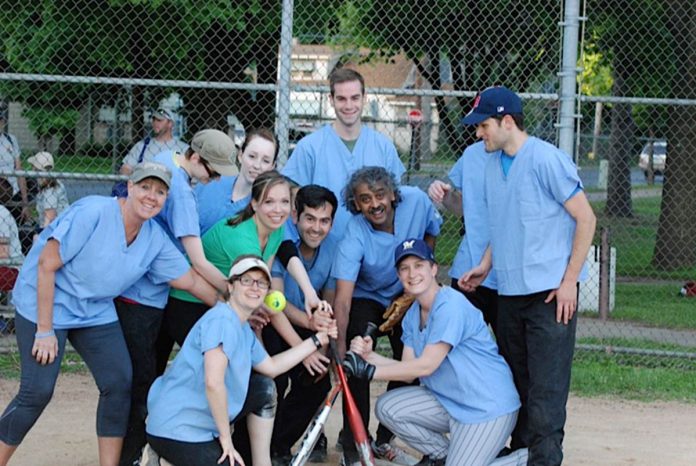 by Jerry Rothstein
One of the seemingly perpetual questions in a community like ours is whether there’s communication, connection and collaboration among individuals and groups concerned about specific issues. A common alternative is for there to be a lot of concern without the power that working together can bring.
A recent initiative by United Family Medicine’s (UFM) Family Practice Residency Program is leading to some efforts to gain that power.
Each Resident physician has been involved over their three-year residency in a community oriented primary care project (COPC). Until this year it was the residents’ responsibility to design a project and then see whether they could gather community interest and participation.
This year, with the class of 2022, the process has been reversed. UFM spread the word among community nonprofits and agencies that they were invited to submit ideas to involve the Residents in projects that the community developed, on topics that concern them the most — ones that would benefit, of course, from a doctor’s involvement.
Many good responses were received, and UFM is in the process of connecting Residents with projects so that things can proceed.
One of the proposals came in from a group of seniors in the community — a group that meets regularly once or twice a week for coffee and discussion. They decided to offer a proposal that would address a topic of great interest and concern — the question of social isolation among seniors. A member of the group, Pat Tupper, describes the project’s ideas here:
Social Isolation and its Effects in the West End Neighborhoods of St. Paul.
“Have you realized that life expectancy varies according to the area of St. Paul that you live in? Did you know that parts of the West End area have shorter life expectancy rates than the city as a whole? As families become more and more spread out, as churches close or drop services, as community organizations struggle to meet the constant demand for more services and to link isolated persons, services, and community health efforts, there is a growing need for a closer look at our neighborhoods.
“A study group of West End seniors, led by a resident physician from United Family Medicine, is in the process of forming to attempt to identify seniors in the community who are socially isolated due to age, mobility problems, lack of transportation, income, by a desire for solitude, or other issues. The project will explore the linkage among services currently available, the community health issues involved, the interface between doctors and seniors and whether or not recommendations for changes should be made for medical or community health practices.
“While details remain to be worked out, the project is a demonstration of the vitality of our neighborhood. Its success or lack of success will be determined by the willingness of community residents to speak up about their needs to ensure that seniors are not forgotten as the medical communities and the city grow. Contact information for the project will be supplied later as details are worked out about confidentially, timelines, coordination with existing services, etc. Watch for future developments, and to receive a direct notification by e-mail write to editor@comm.stpaulmedia.com.”
In future issues, Community Reporter will present information on the other projects being launched under this initiative. Any time you are interested in becoming involved you can contact Editor Jerry Rothstein, 651-587-8859 or editor@comm.stpaulmedia.com.