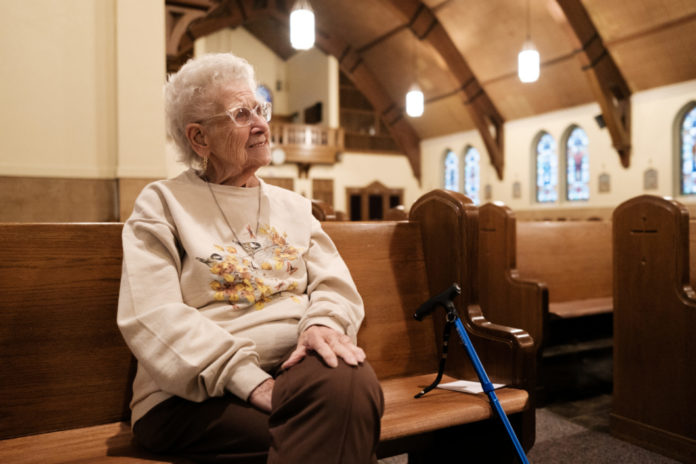 by Casey Ek
This November, St. Stanislaus Church will be celebrating 150 years as a congregation.
To celebrate, the church will be hosting a reception after the Nov. 13 mass where the public can view archival objects.
Started in 1872, St. Stan’s Church is the fifth oldest Catholic church in St. Paul behind the original log cabin cathedral, Assumption Church, St. Mary’s and St. Michael’s.
Named after the Polish saint, St. Stan’s was the cultural home for both Poles and Czechs. At the time of its founding, most churches held strong identities based on nationality, so the dualistic nature of its congregation led to tensions within the church before those of Polish descent eventually left for other churches.
The church finally gained stability in 1886 when Fr. John Rynda took the helm. Shortly after, parishioners raised $16,000 to construct a church in the Czech style. In 1905 Rynda took to the task of raising an additional $2500 for oil paintings. Others donated Czech iconography, and so the building was dubbed “Czech heaven” by the community. Under Rynda’s watch, the church grew from 60 families to 300. He retired in 1924.
Then tragedy struck. On April 15, 1934, the church burned down immediately after a children’s mass on Easter Sunday. The cause: electrical wiring originating from the organ.
The fire spread throughout the neighborhood and eventually took hold of 27 rooftops. Dolores “D” Hunstad, who was about 6 years old at the time, recalls the panic in the air.
“A lot of us were just sitting and crying,” Hunstad said “I can remember holding my mom’s hand, and she was just sobbing.”
Hunstad, one of St. Stan’s oldest living members, has been a member ever since she started school at the church’s schoolhouse. She recalls having to attend services across the street from St. Stan’s current location in what is today a parking lot but was then the parish hall. That was until in the eclipse of the Great Depression in 1940 the congregation mustered $100,000 to build the English Gothic church building standing today at 398 West Superior St. The first service in the new building was held May 5, 1941, and was said to have drawn over 1,000 people. Mass has continued ever since.
What might be the most important milestone for St. Stan’s current self-described culture of love and acceptance was the addition of Fr. John Clay in 1975. While some church leaders describe him as relatively non-confrontational, Clay shook up the Catholic status quo with an at-the-time radical, yet straightforward message of love.
St. Stan’s sacristan, Patricia Heroff, said that some lifelong Catholics like her had not heard the phrase ‘Jesus loves you’ until joining St. Stan’s well into adulthood.
“And that’s what Fr. Clay always said. ‘Jesus loves you no matter what,’” Heroff said.
Clay instantiated an attitude of acceptance and love that in some ways flew in the face of traditional Catholic orthodoxy. He did away with congregational responses like “Lord, I am not worthy to receive you…’ in favor of language, he considered gentler on the congregation.
“At the time it was a parish that was slowly dying, and he was a shot in the arm that changed it all and brought back a lot of people because he was a person that everyone wanted to hear speak,” said St. Stan’s Trustee and de facto historian Dave Bredemus.
Clay was also one of the first priests to institute group penance, the process by which congregants become absolved of their sins. Unlike the traditional method of visiting a priest one-on-one, Fr. Clay’s group penance allowed congregants to say their sins to themselves.
Clay also began allowing people to receive sacraments even if they were not members of the church.
Heroff added that Clay also brought about a wave of intermingling with other churches, even those that were not Catholic.
Heroff recounted a story from childhood in which she snuck into her Lutheran friend’s church so they could watch their fifth-grade teacher get married.
“I can’t tell you how long it was that I thought I was going to hell for going to that Lutheran church,” Heroff said. “How ridiculous is that?”
Then decades later St. Stan’s hosted St. Mark’s Lutheran Church for an event, and Heroff’s story came full circle.
“When I saw these Lutherans in our church, I cried,” she said, fighting back tears. “It was emotional for me. It still is.”
Hunstad, who along with Heroff helped keep the church operational for two years while Clay was dealing with injuries sustained from a fall said that Clay’s legacy will forever be embedded in the church’s collective memory, and as St. Stan’s celebrates 150 years, his influence is still felt.
Clay died September 2020.
“Father Clay might be in heaven but he is right here with us right now,” Hunstad said.
Today, Fr. Dennis Thompson serves as a priest and is known to share Clay’s attitudes about acceptance, according to church members.