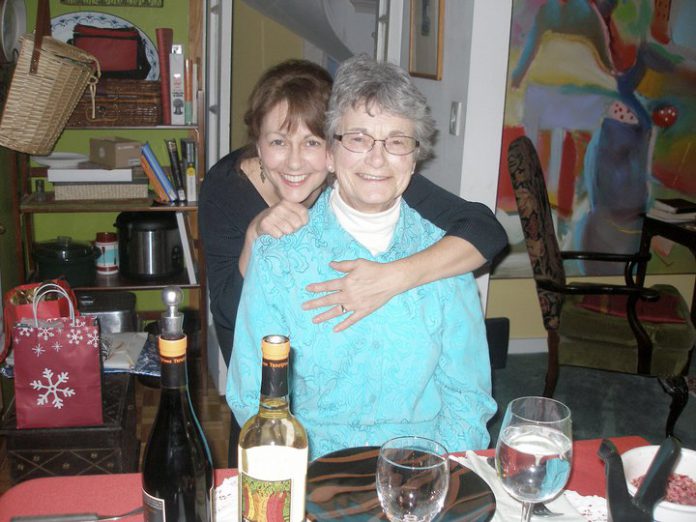 In January of 2016, Christopher Bergland, posted an article in Psychology Today titled “Positive Attitudes About Aging May Be a ‘Fountain of Youth.’”

His findings support the view that “positive self-perceptions about getting older may slow down the aging process.” He quotes a press release in which lead researcher Deirdre Robertson, Ph.D., described her team’s findings: “The way we think about, talk about and write about aging may have direct effects on health. Everyone will grow older, and if negative attitudes towards aging are carried throughout life they can have a detrimental, measurable effect on mental, physical and cognitive health.”

According to the national organization Compassion & Choices, the best safeguard for planning for end of life and aging is a continuing conversation. Studies indicate that the single most powerful thing a person can do to improve their chance for a good death is — simply and directly — to talk about it. The Compassion & Choices website clarifies whom to talk to, what to talk about, when to talk and gives tips for avoiding future conflict. The website at compassionandchoices.org provides the most comprehensive planning tools and direction to further resources of any similar site I’ve found.

My mom died recently in Menominee, Michigan, where she lived the longest she had lived anywhere in her life. She was a preacher’s wife who served at the mercy of the “call” my father received to pastor churches in small to medium size towns or rural areas around the country. Some pastorates were as short-lived as a year. Dad had retired from the ministry by the time they settled in Menominee and Mom came to cherish her home and her community. By the time Mom reached her late 70s, Dad had died and Mom’s stated plan for aging was to go East to Central New York where she has two grown children, her sisters and long-time friends available to advocate for all that was necessary to living her best life until the end.

By the time Mom reached 80 she had been living alone for many years and was thriving in her own home and community. She would no longer discuss any option for aging other than one that would see her living and dying in her own home. There was no contingency plan.

In the last few years she began a decline in self-sufficiency and independence and remained determined never to leave her home. This plan was only sustainable if she were to simply pass peacefully in her sleep or slip from this earth through a sudden stroke or heart attack. Truth is, this is not the way the majority of us pass from old age into death. Without a flexible plan, fear for the future sets in and as circumstances arise to limit independence an elderly loved one may face depression and the inability to imagine a joyful future. This can result in a spiral of seemingly insurmountable misery and suffering for the loved one while family and friends stand helplessly by.

What if we each assumed a variety of possibilities for the twists and turns life might take as we grow into advanced age? What if we planned for each of these general possibilities? In talking with several friends about their attitudes or their parents’ attitudes toward aging, I think I’ve detected the relevance of ideas such as “it’s all how you look at it” and “change your mind, change your life.” Among those who consider the only happy option is to retain full physical and cognitive function and complete independence related to housing, transportation, activities, and community, there is substantial evidence of decreased well-being and an increase in anxiety and depression at facing the inevitable. It seems there is great benefit in changing our attitudes, being flexible in our expectations and in planning for several acceptable outcomes.